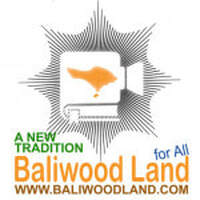 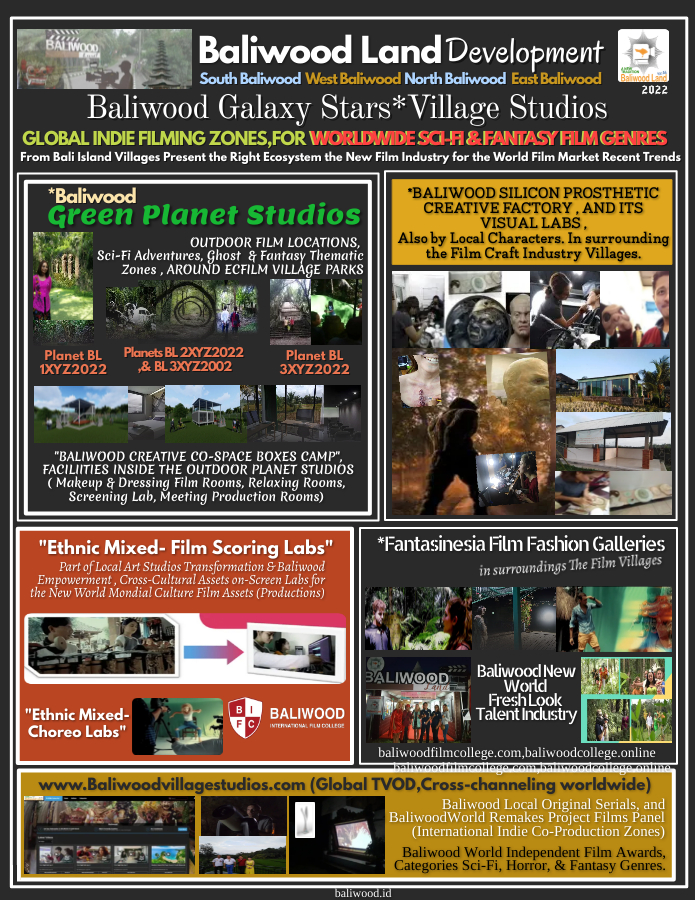 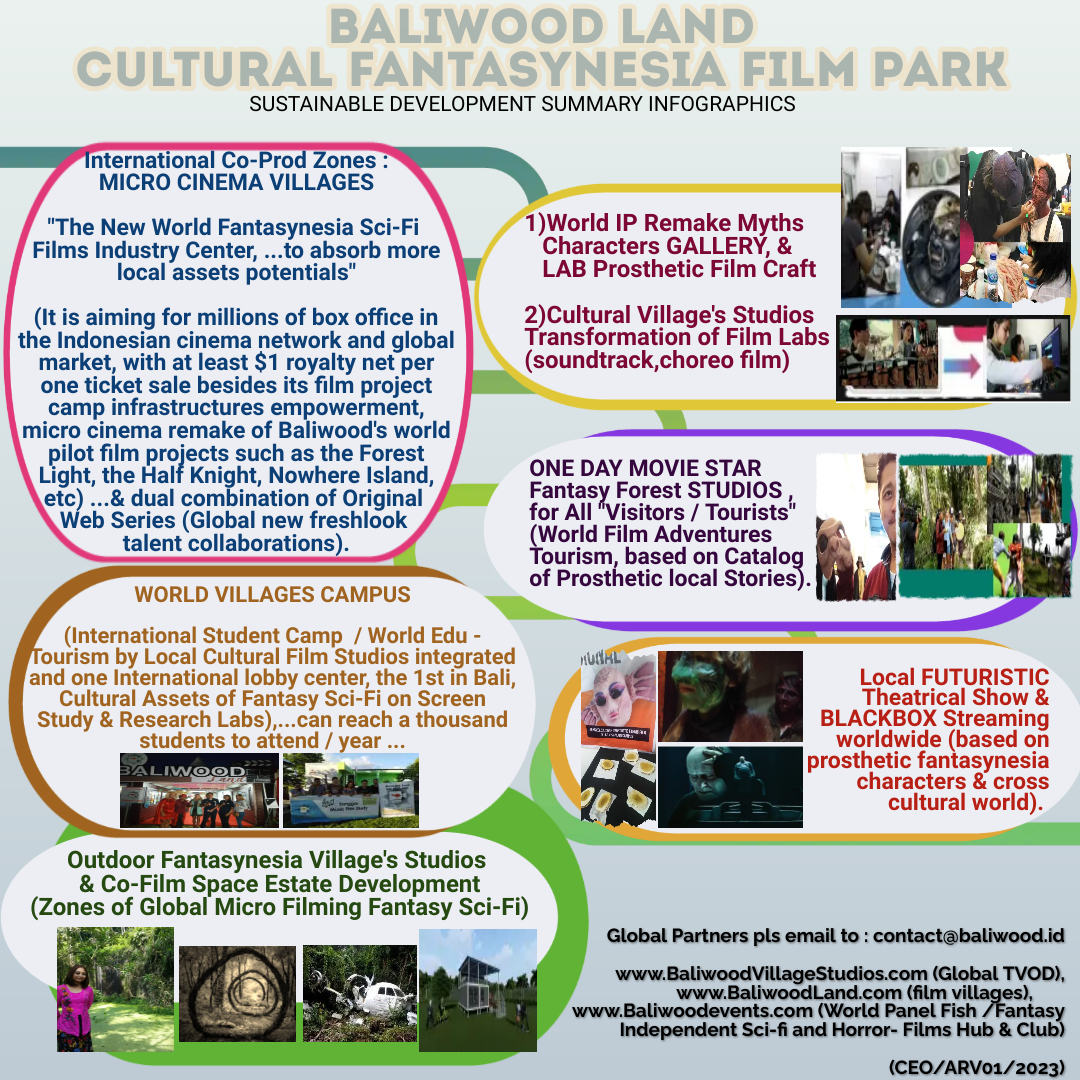 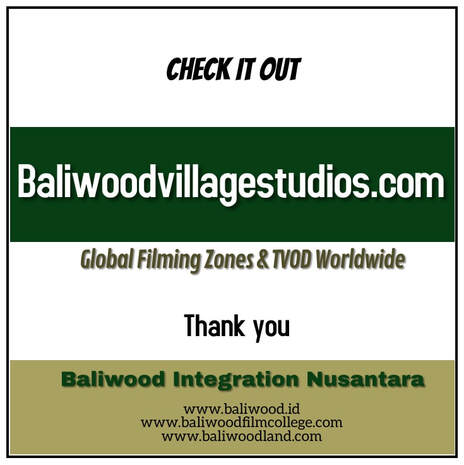 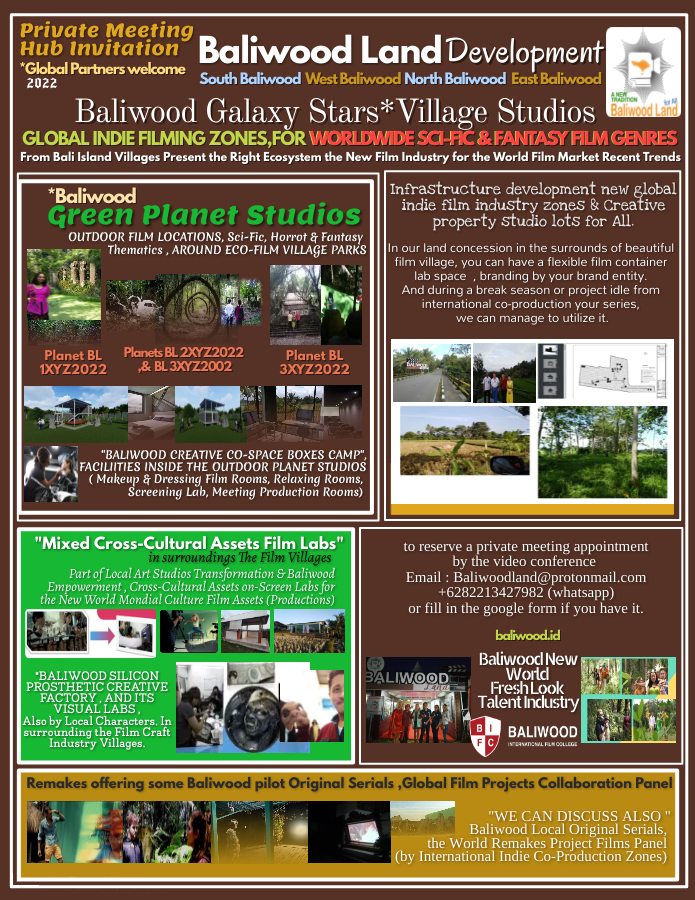 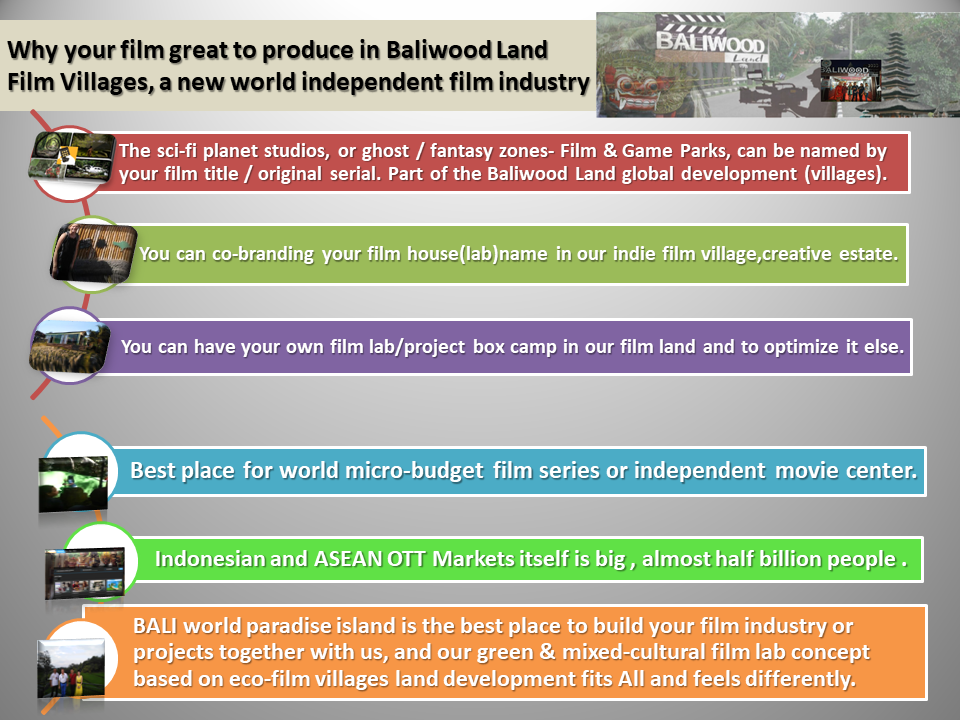 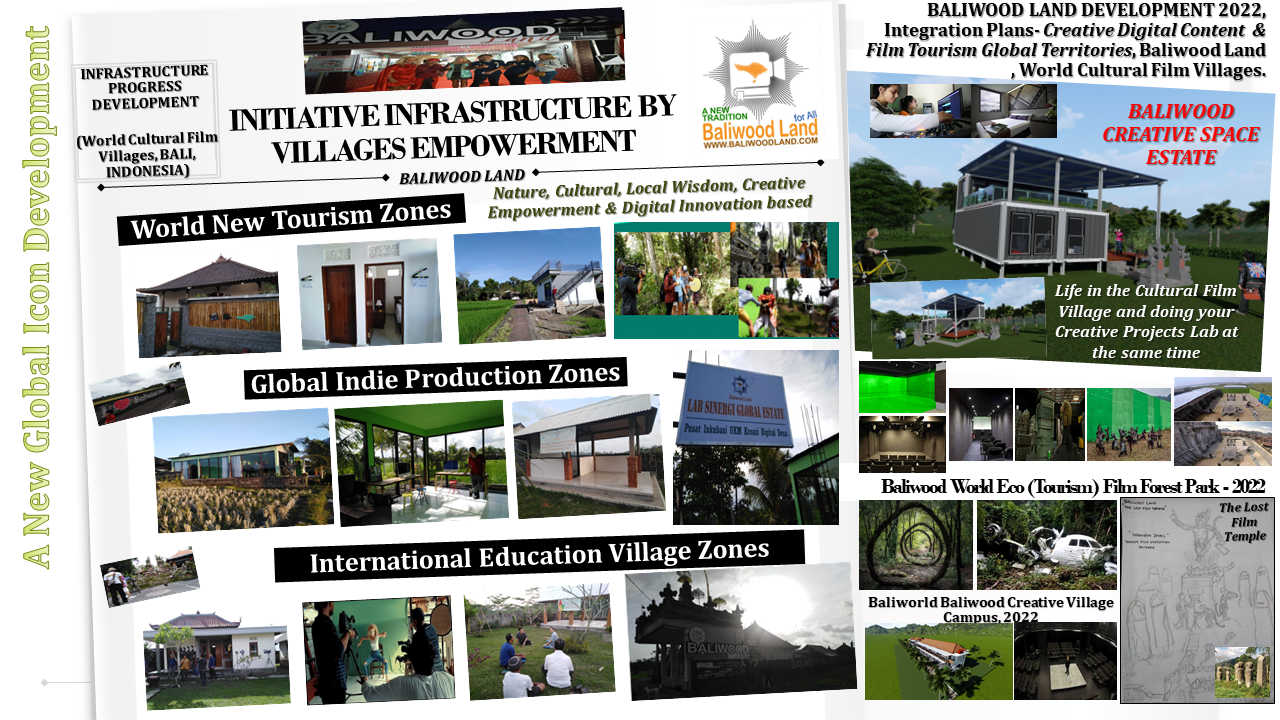 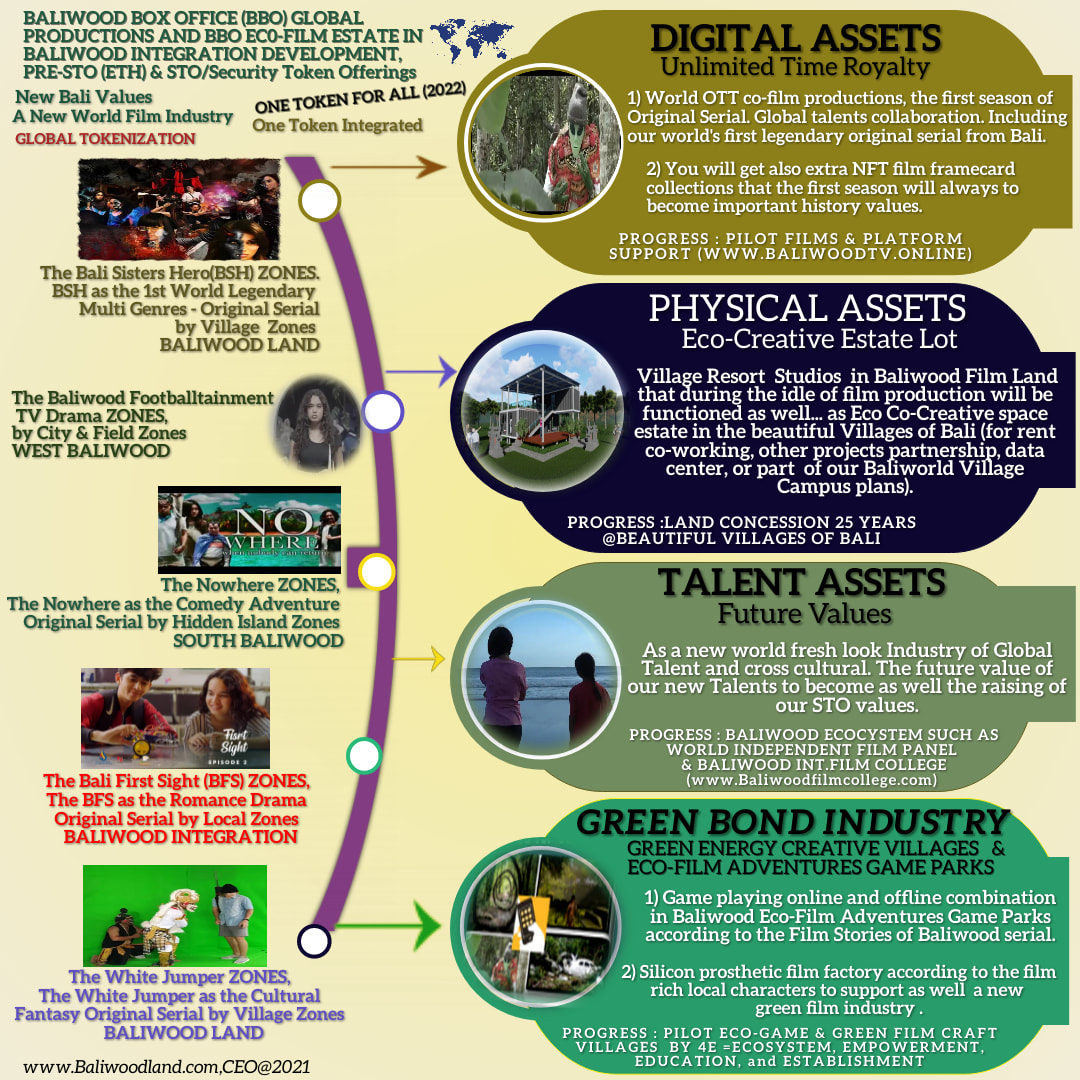 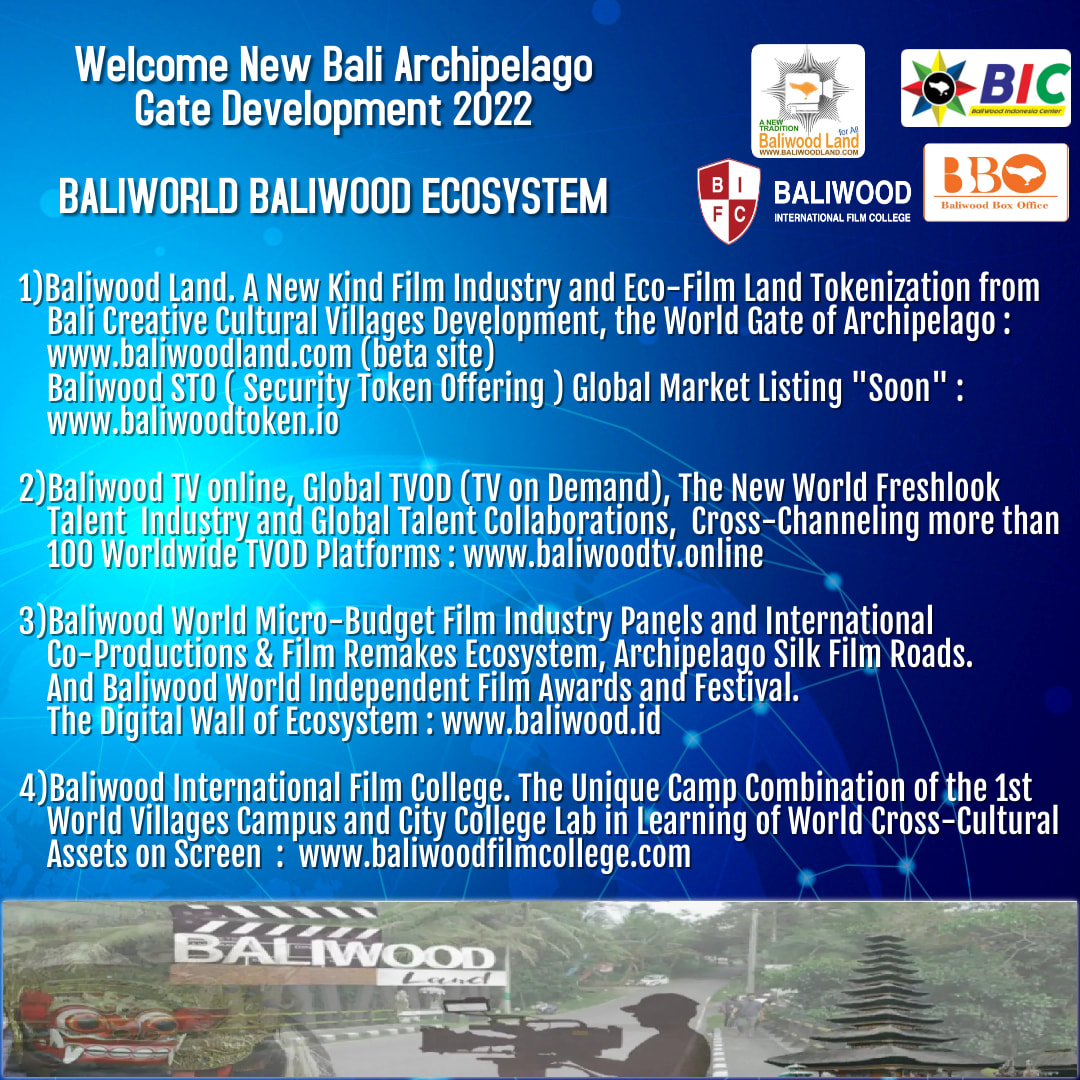 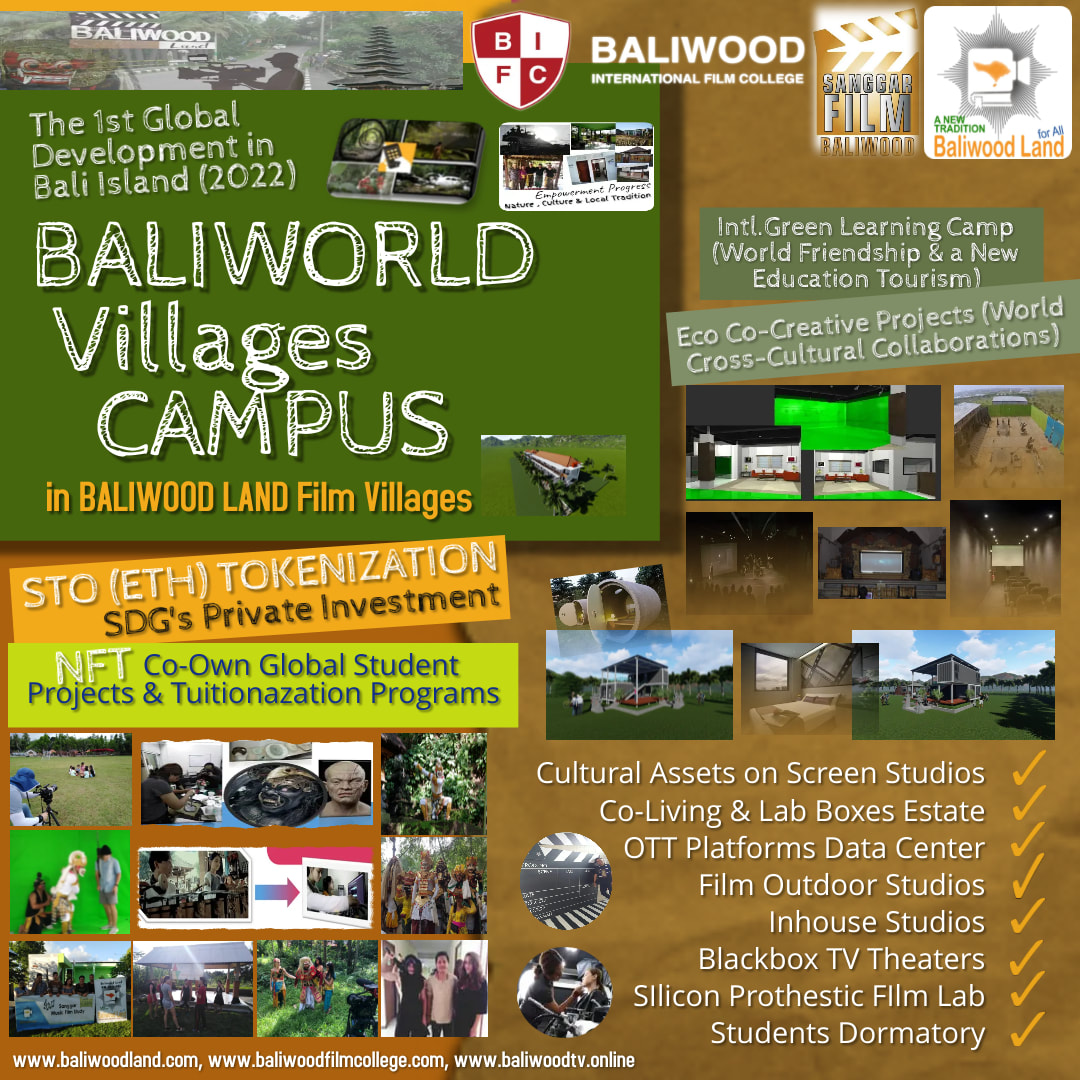 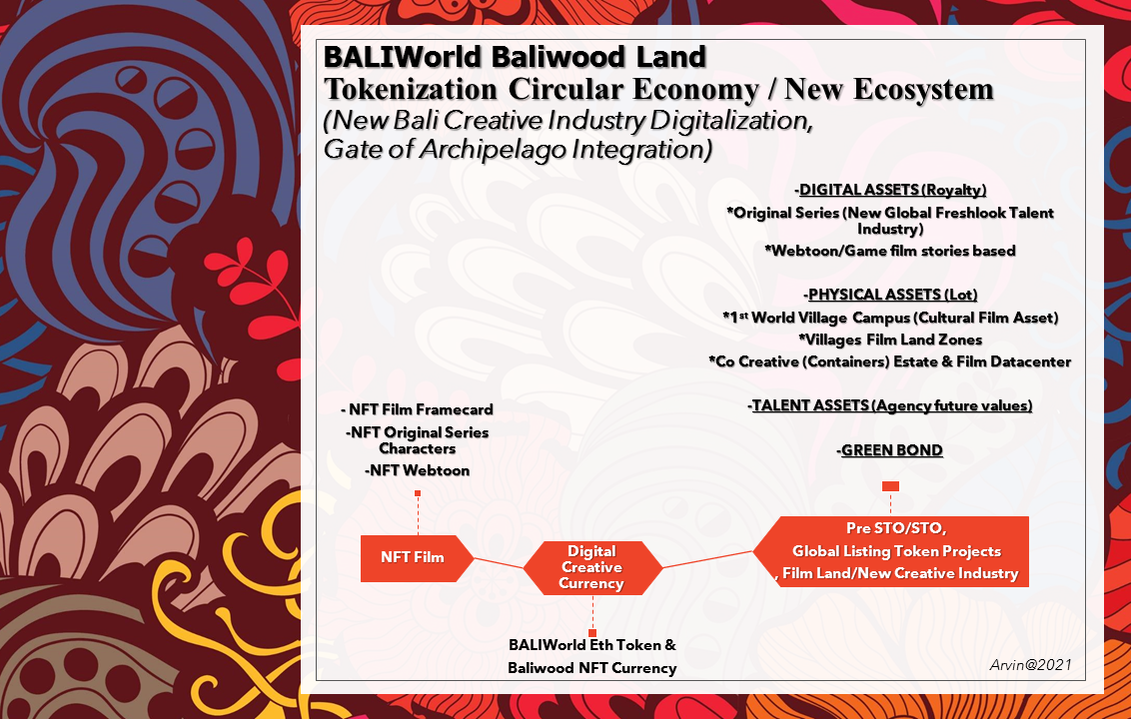 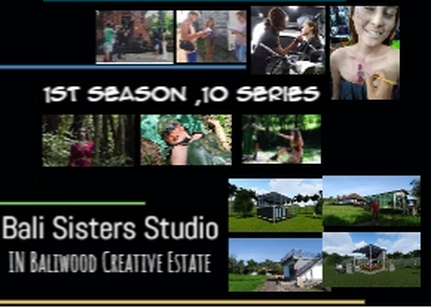 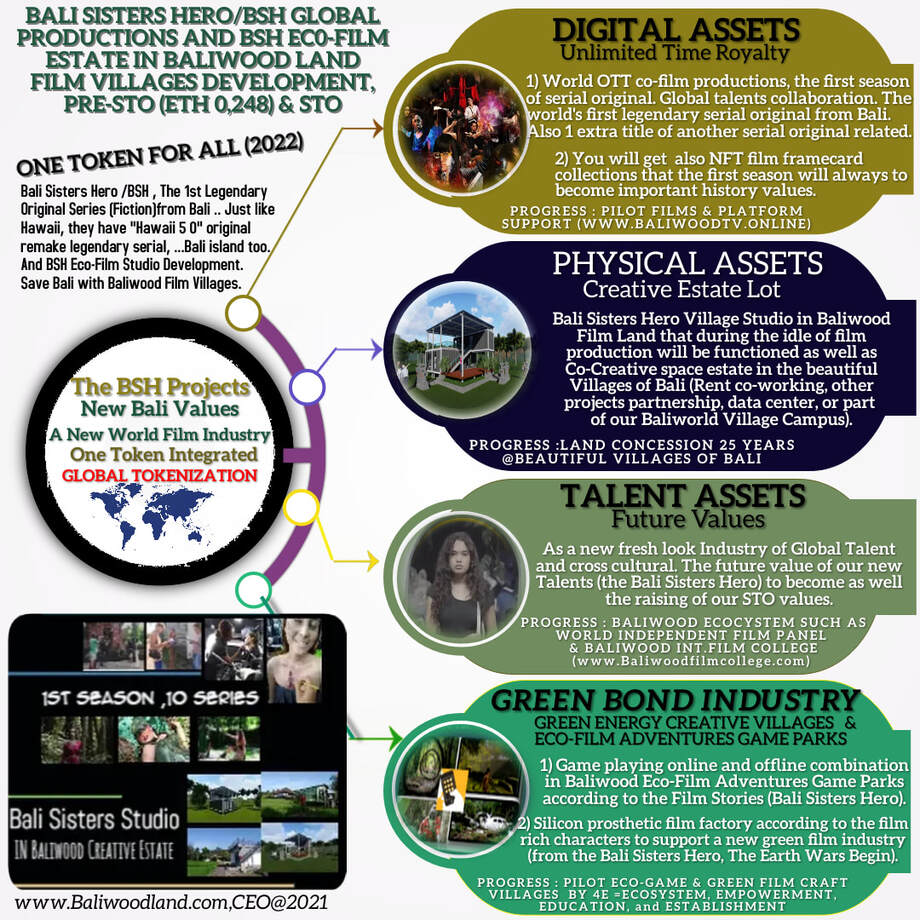 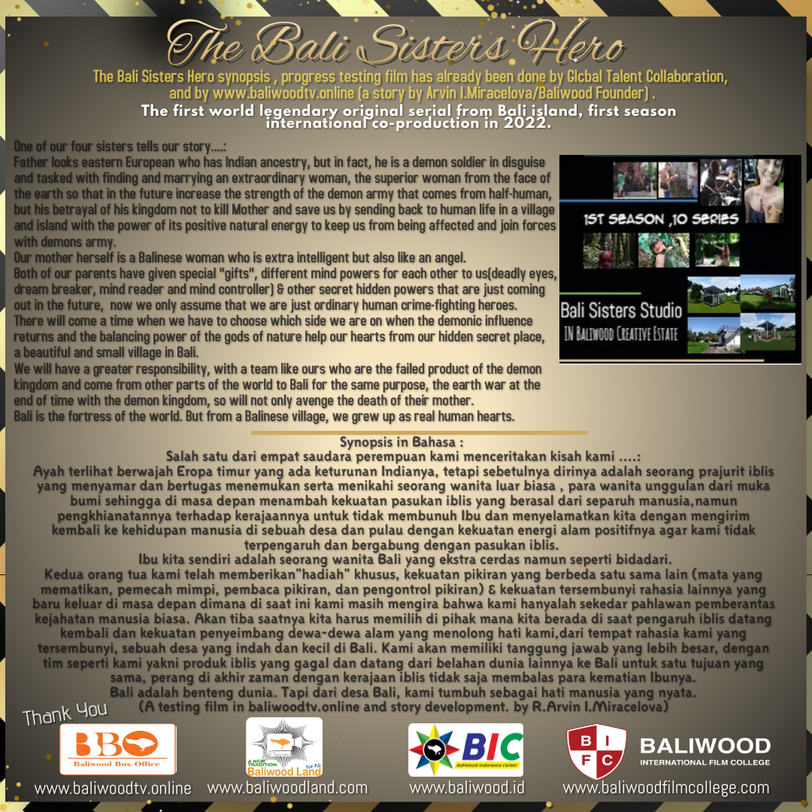 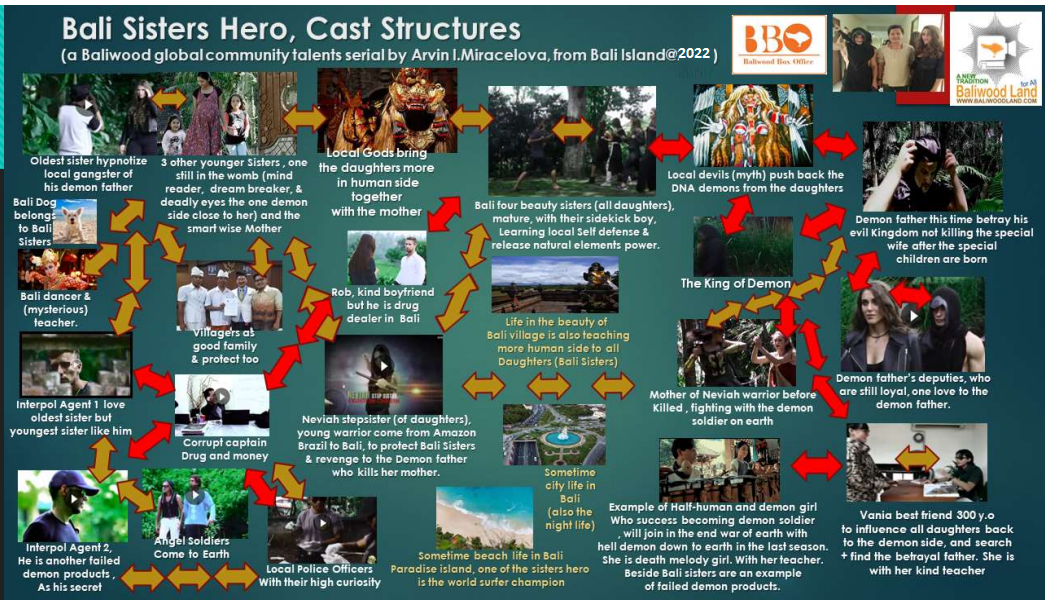 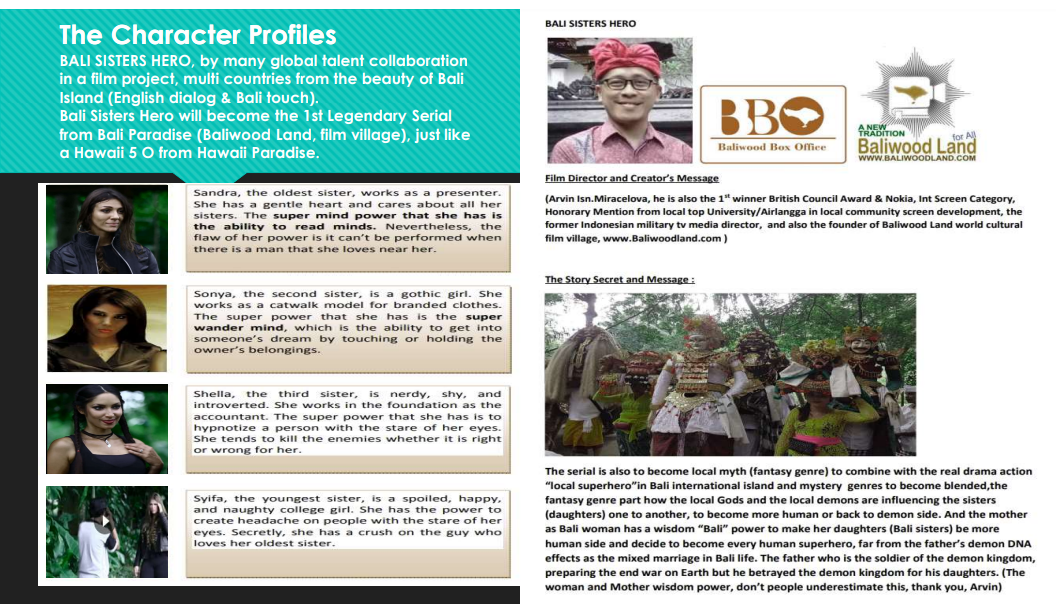 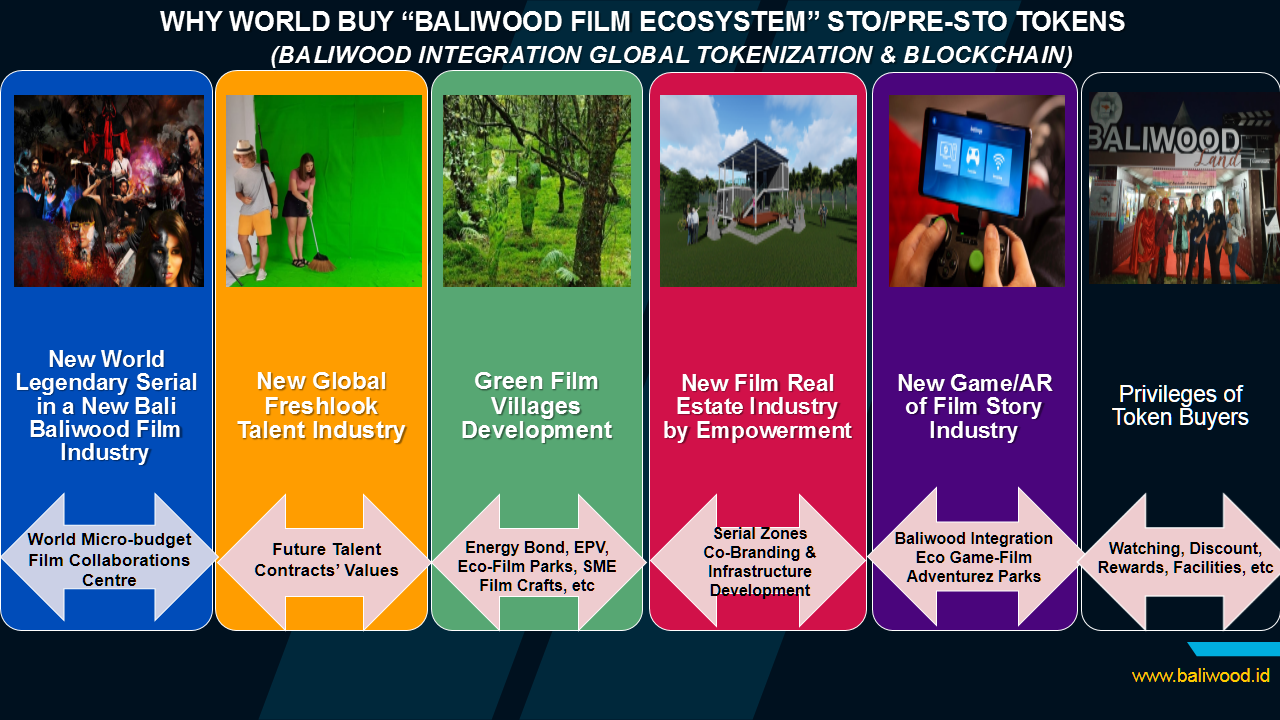 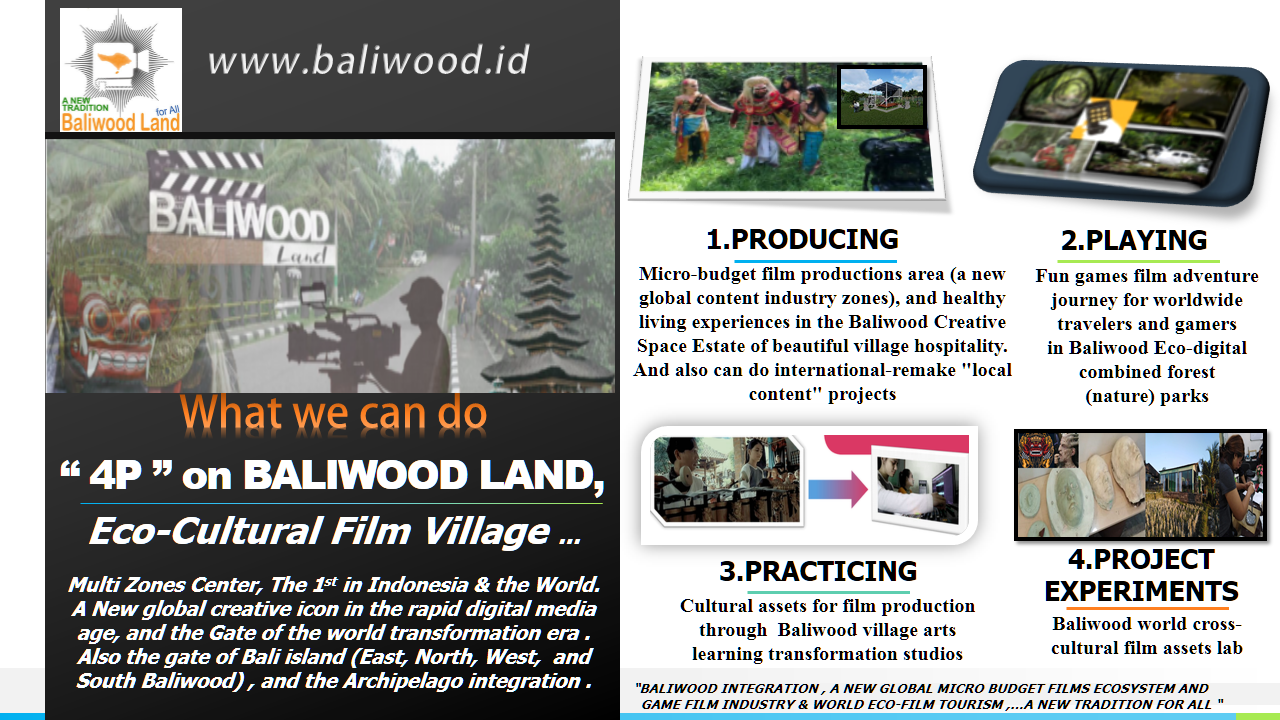 1st floor is co-working creative lab, and the 2nd floor is place to stay in the beautiful village of Bali.

A NEW TRADITION, A New Education Tourism in a New Bali era.
The 1st World Campus in Bali , creative, cultural and villages based.
​​The 1st Global (Villages) College Program in Bali island.

1000 Students Pre-STO Baliworld (Creative Cultural)Villages Campus Development Program, for All :
​
Also we have special program that Students can have share ownership pre-sto or to become one of the co-founder of Village campus by pre-sto tokenization. Limited only 1000 Students only and it will be high increase the values during official sto tokenization.
​
Be the first 1000 program Student Pre-STO participants , feel proud to be part of ownership the development of Baliworld (Creative Cultural)Villages Campus, and also to get...:
Program package free for international students you can give to anyone even yourself.
Can start anytime already or anytime you want...
Program :Baliwood Film Faculty
Special Class of Film Craft Industry and Creative Product Design, specialization subjects study : 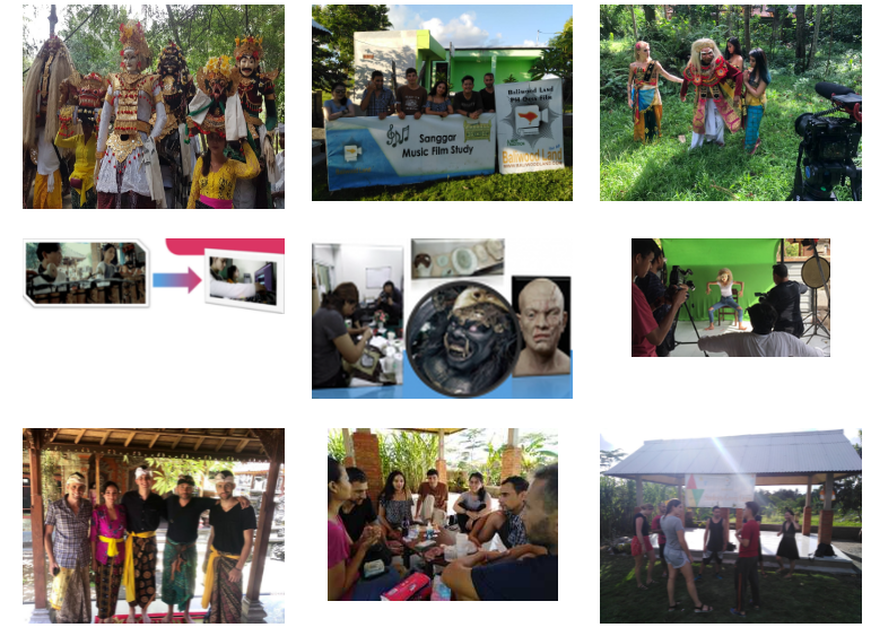 Our Affiliate and Incubated by 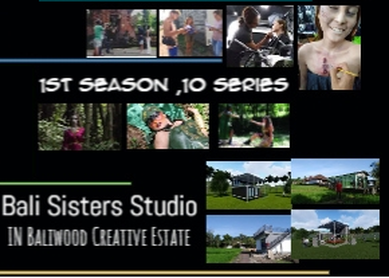 One Token Get All :

2.A lot' estate ownership by PreSTO/NFT purchase of Bali Sisters Hero Village Studio in Baliwood Film Land that during the idle of film production will be functioned as well as Co-Creative space estate in the beautiful Village of Bali (Rent co-working, other projects partnership, data center, or part of our Baliworld Village Campus).

3.As a new fresh look Industry of global Talent and cross cultural. The future value of our new Talents (Bali Sisters Hero) to become as well the raising of our STO values.
​
4.Also you will get NFT film framecard collections that the first season will always to become important history values.

8.Other (mini) series development in relevant with Bali Sisters Hero to describe other local characters as Special guests in Bali Sisters Hero, such as The serial original of the River Warriors, as well as to support Bali as gate the Archipelago Silk Film Roads.

One of our four sisters tells our story....:

Father looks eastern European who has Indian ancestry, but in fact, he is a demon soldier in disguise and tasked with finding and marrying an extraordinary woman, the superior woman from the face of the earth so that in the future increase the strength of the demon army that comes from half-human, but his betrayal of his kingdom not to kill Mother and save us by sending back to human life in a village and island with the power of its positive natural energy to keep us from being affected and join forces with demons army.
Our mother herself is a Balinese woman who is extra intelligent but also like an angel.
Both of our parents have given special "gifts", different mind powers for each other to us(deadly eyes, dream breaker, mind reader and mind controller) & other secret hidden powers that are just coming out in the future,
now we only assume that we are just ordinary human crime-fighting heroes.
There will come a time when we have to choose which side we are on when the demonic influence returns and the balancing power of the gods of nature help our hearts from our hidden secret place, a beautiful and small village in Bali.
We will have a greater responsibility, with a team like ours who are the failed product of the demon kingdom and come from other parts of the world to Bali for the same purpose, the earth war at the end of time with the demon kingdom, so will not only avenge the death of their mother.
Bali is the fortress of the world.
But from a Balinese village, we grew up as real human hearts.

​
Bali Sisters Hero...A story by Arvin Miracelova (founder Baliwood Indonesia)
The Soldier of the Demon gains the task of marrying the pre-eminent woman on earth and making his son the pre-eminent half-human warrior of the war demon kingdom seizing the earth in the future. When four sisters from intermarrying with a Balinese woman lean more towards her human mother's side, making them local superheroes with the power of their own mind and other hidden powers, before becoming heroes of Earth defense.
Why Bali Sisters Hero Original Series can become a new world box office of platform series....
Local myth fantasy combines with the real drama action “local superhero” on Bali island. The story of how the local Gods and the local demons are influencing the sisters (daughters) one to another, to become more human or back to the demon side. And the mother as a Bali woman has a wisdom “Bali” power to make her daughters (Bali sisters) be more human and decide to become every human superhero, a far effect from the demon DNA of the father as the mixed marriage in Bali life. The father is the soldier of the demon kingdom, preparing for the end of the war on the earth, but he has betrayed the demon kingdom for his daughters, he could not kill the wife.

A new world legendary Series, “Bali Sisters.” All include a blend of genres like mystery, thriller, and romance, where the first season is still around a criminal enemy beaten by the different four super mind powers that the Sisters have. Bali Sisters Hero.
It all begins when a wife realizes what happens when pregnant with the 4th daughter, with the latest story begins with quadruplet (4) daughters.
The wife runs away from her husband because she knows his husband now and is hiding in a beautiful Bali village.
Her husband is a demon soldier that always searches for another great wife that will give great children troops to help the demon come to the earth at the future earth war (in the final season of the serial).
In the first season, the backstory is still about the teens' life around Bali cross-cultural life.
The sisters' life, how they learn their Balinese Mother's wisdom makes them more human.
And how to be the superhero against only criminals working together with the Interpol and their sidekicks, realize superpower growing day by day, mysterious friends, sisters relationship with the boyfriends, beach life, Bali village life, etc. The story begins at a place somewhere but not in Bali, a father with a wife does not have any superpowers but has an IQ of 175. After some moments, the wife decides to run away with her four daughters from Eastern Europe to a remote place in Bali's beautiful village.
The mother and four daughters hide and grow up in a beautiful village mountain around Bali above a coastline, far away from the worst influences of the city, especially the demon father. Their upbringing under a single mother creates a strong sense of togetherness. However, it is only the older sister who knows the past of their father, where her three younger sisters are curious to know about him and always try to find out. The DNA of a super IQ of the mother and supernatural soul power of their father meant that all four sisters have different super mind powers.
The older sister can easily read the minds of people, and she is also patient to take care of her other sisters.
The second sister is a gothic type, who can enter the dreams of people upon touching them or stuff and can cause disturbances. She is a dream breaker.
The third sister, her life is ruled by her ego. A bookworm, she can easily hypnotize a person. And she is likely to be a killer following her father's demon DNA. But he is always killing a bad guy. She is influenced by her best friend Vania that 300 years of demons undercover to be a cute girl who is trying to influence all the sisters back on their father's side (demons) and looking for the father who betrays the demon king.
The youngest sister is a misbehaved character who can stare into human eyes and create horrible headaches. She is a spoiled girl and likes to party.
The Sisters are protected by one step-sister warrior also looking for the father from getting revenge because of her mother killed by the demon father. 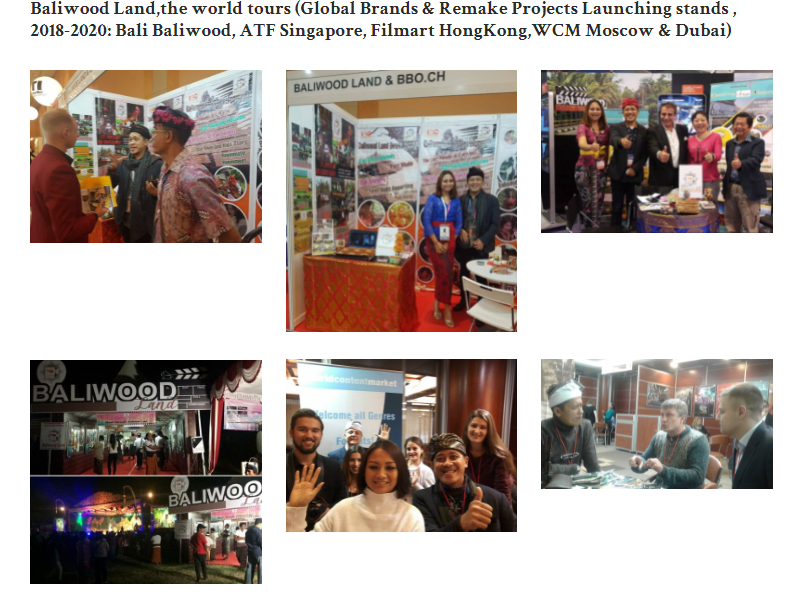 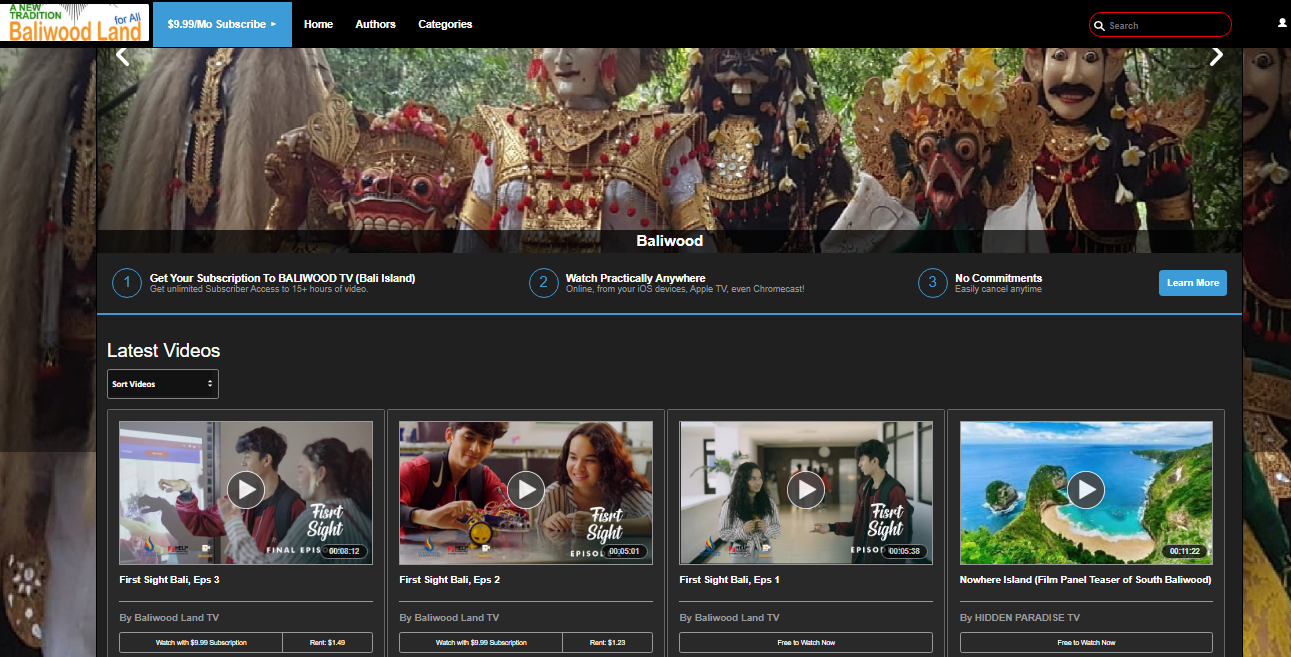 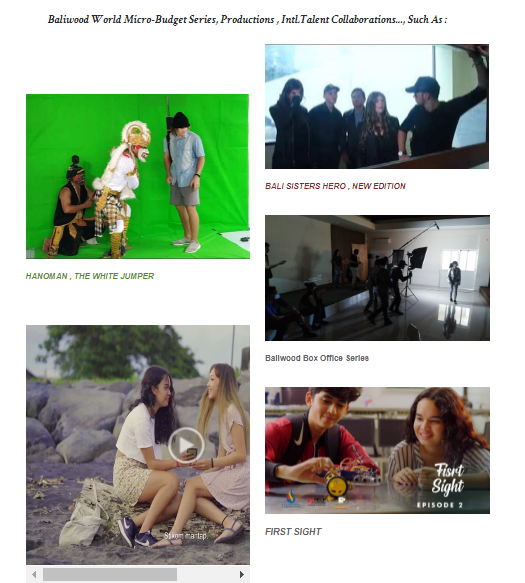 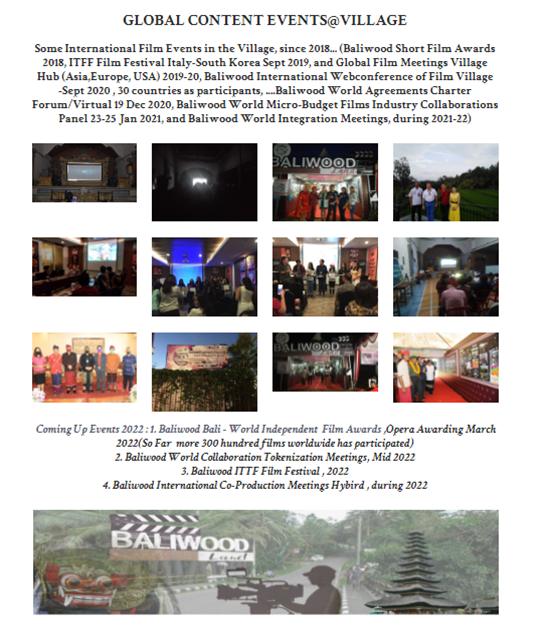 Our Future Plans...together with All : 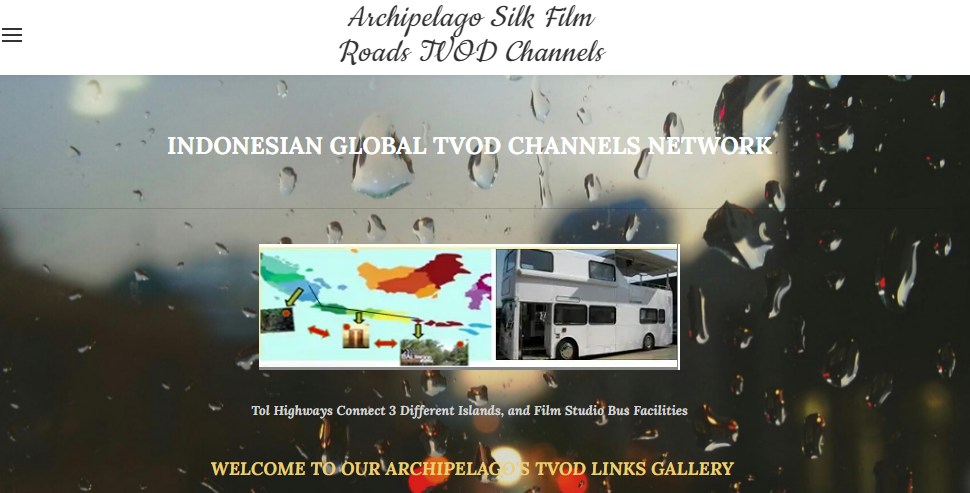 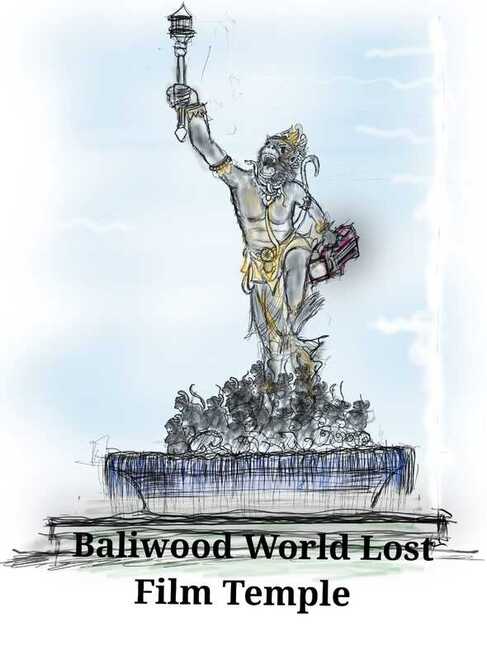